Celebrate the Birdathon Season with a special line-up of virtual events specially designed for Birdathon participants and donors. Free for everyone conducting their own Birdathon or a $50 Birdathon donation. Hear from guest speakers Corina Newsome, Richard Crossley, and Holly Merker, get the low-down on Elf Owls from Jennie MacFarland, virtually live the adventure of conducting a Big Day, and relax with a Birdy Brew with Luke Safford for Birds ‘n’ Beer: the Birdathon Edition. See the full schedule, descriptions, bios, and times below!

Want to attend these events for FREE? Sign up for Birdathon or donate $50+! Register for these events starting February 16.

Elf Owls—the Smallest of Owls with Jennie MacFarland
Elf Owl is the smallest owl species in the world and nests here in the Tucson area. These charismatic and feisty owls have a loud and ethereal call that is a characteristic sound of the night during April and May in Southeast Arizona. These tiny predators have been a bird survey focus for Tucson Audubon over the last several years. Join us to find out what our conservation team and volunteers discovered during our call back surveys and sound recorder study in Saguaro National Park and other locations.

Birds ‘n’ Beer: Birdathon Edition with Luke Safford
Enjoy your favorite drink and connect with your Tucson Audubon friends. We’ll share some of our special Birdathon stories, talk about rare birds being seen around Tucson, and share some birding tips. 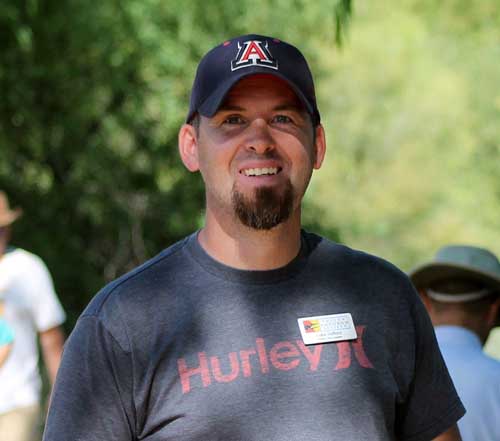 Ornitherapy: For Your Mind, Body, and Soul with Holly Merker
Watching birds: not only fun, but good for you! Learn why getting your daily dose of Ornitherapy is just what the doctor ordered. Ornitherapy, or the mindful observation of birds, benefits our mind, body, and soul. We’re pushed and pulled in many directions, no matter our age. This can be tiresome; but if we allow birds and nature to slow us down, we are self-medicating. Research shows that exposure to nature actively reduces stress, depression, and anxiety, while helping build a stronger heart and immune system. Birds are gateways into deeper experiences with nature, magnifying these benefits. Through observation, we can learn not only about birds, but gain insight into our own lives while exploring our connection to the world around us. This fosters stewardship and bolsters conservation. In this program, we’ll delve into our connections to birds, how to practice Ornitherapy for optimal benefits, and learn about the latest research in the power of nature for overall well-being. 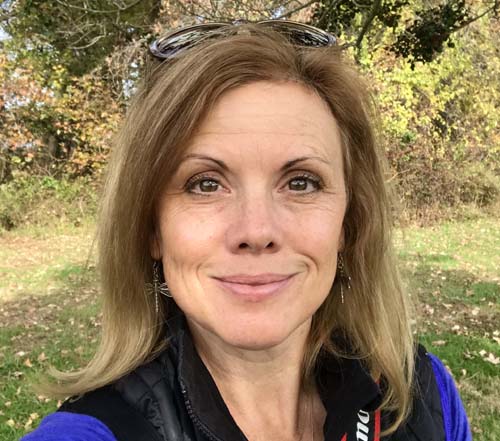 There and Back with Richard Crossley
One morning Richard woke up and decided he needed to drive to the Arctic Ocean—from his home in Cape May, NJ. Told in a thick Yorkshire accent, with a sense of humor and a disdain for PC, Richard talks about his 16,000 mile adventure, living in his car, the inspiring people he met, and places he went. Did it shape The Crossley ID Guide: Waterfowl? Would he recommend you do the same trip? These are just two of the many questions that Richards will address. The answers will surprise you. 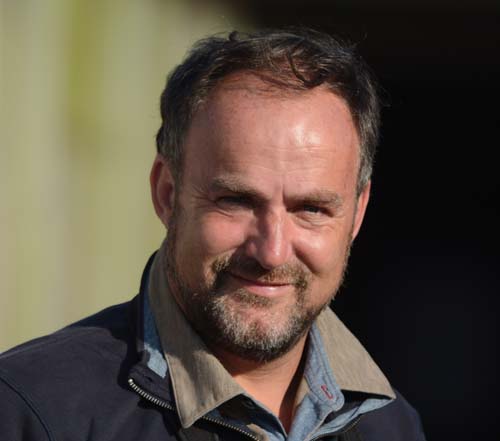 Big Day Stories & Strategies with Luke Safford and Special Guests
Have you ever conducted a “Big Day”? These exhausting but incredibly fun adventures result in some outstanding stories and we’ll hear from a few special guests as they recount previous Big Days and share some of their tips for doing your own. Birdathons have always given us the right opportunity and motivation to conduct a Big Day, maybe this is your year!

The Plight of a Salty Sparrow: Opposing threats and the need for equitable solutions with Corina Newsome
People and wildlife around the globe are experiencing rapid environmental changes due to climate change–especially communities on coasts. The Seaside Sparrow, a climate endangered species that resides in the Atlantic and Gulf Coast salt marshes of the United States, experiences opposing threats to their survival: nest-predation and nest-flooding. Nest failure from these threats is expected to be exacerbated by sea-level rise, because as Seaside Sparrows elevate their nests to avoid flooding, they increase exposure to predators. Corina will take us behind the scenes of nest-predation in the salt-marsh, sharing footage from the field and discussing findings from her research on the variation in nest-predation threat across Georgia marshes. Corina will also discuss the importance of intersectional approaches to conservation, particularly as it concerns the leadership and perspective of communities that have been systemically pushed into the margins of society. 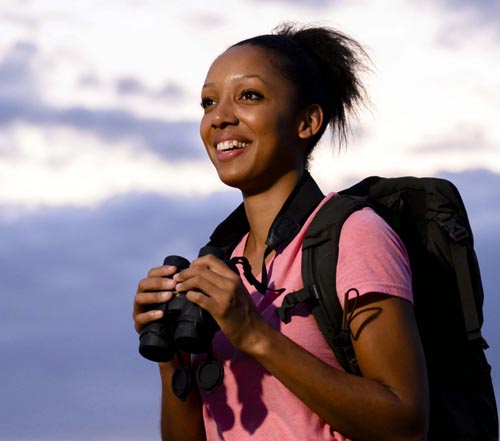 Southern Arizona has always been a top birding region, but the attractions have changed over the years. Kenn Kaufman arrived in Tucson as an avid teenage birder in the early 1970s and spent much of the following decade birding all over the state. In this program he’ll share impressions of how the scene has changed in the years since. Overall the birding in Arizona is better now than it was then, but the 1970s had some highlights. Some prized rarities were found for the first time during that decade, including Eared Quetzal, Slate-throated Redstart, Yellow Grosbeak, and Aztec Thrush. Some species like Lucifer Hummingbird and Buff-collared Nightjar were almost mythical in the early part of that decade, and have become much more widespread since. In addition to these birds of Mexican affinities, the 1970s also saw a push to look for eastern vagrants, the rise of county listing, and other developments. This will be a unique look into local birding history. 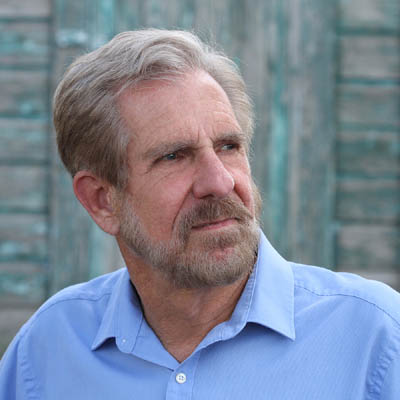 As a participant, first create your own team. Then gather per species pledges or direct donations and go birding any time between April 9 and May 9.

See our Fundraising Tips if you need help “making the ask.”

Want to know more? See the Details Page for all the specific info you need or contact Luke Safford.

Thank you for making Birdathon happen!

Richard Crossley
Richard is an internationally acclaimed birder, photographer and award-winning author of The Crossley ID Guide series. Born in Yorkshire, he also lived in Japan, and birded worldwide before settling down in his beloved Cape May, NJ. After one of his frequent mid-life crises at the turn of the millennium, Richard decided it was time to spend less time obsessively birding and to focus on paying it forward. Sometimes called crazy (his badge of honor), wildly passionate, and driven, Richard’s focus is youth birding, and connecting people to a fuller appreciation and understanding of nature; its benefits to mind, body, and soul.

Richard’s latest book, The Crossley ID Guide: Waterfowl, continues to push boundaries. Self-published, the new guide encourages all outdoor conservation groups to view each other as one. Richard’s next books The Crossley ID Guide: Western Birds and Ornitherapy (co-authored with Holly Merker and Sophie Crossley) will be published in March, 2021. Both books continue to connect us all to nature with a stronger appreciation and understanding of our common ground and its many health benefits. Richard also co-founded the global birding initiative Pledge to Fledge, Race4Birds and The Cape May Young Birders Club. He served on the board of directors at Hawk Mountain Sanctuary. He has contributed to most major birding publications, is frequently heard on radio, and is a sought-after public speaker.

Kenn Kaufman
Kenn Kaufman burst onto the birding scene as a teenager in the 1970s, hitch-hiking all over North America in pursuit of birds, an adventure later chronicled in his cult-classic book Kingbird Highway. He is an illustrator, editor, and author of a dozen books, including his series, Kaufman Field Guides. The latest is A Season on the Wind: Inside the world of spring migration (2019). Kenn is a field editor for Audubon, a Fellow of the American Ornithological Society, and the only person to have received the American Birding Association’s lifetime achievement award twice.

Jennie MacFarland
Jennie is a nearly life-long Arizonan that loves exploring different habitats in Southeast Arizona. Birding is an integral part of her social life and work life and much of her free time is spent in the field birding or learning more about birds and their ecosystems. As Conservation Biologist for Tucson Audubon, Jennie coordinates the Arizona Important Bird Areas Program and other bird survey conservation projects. She is also the coordinator for the Tucson Bird Count and organizes several large scale community science efforts in Southeast Arizona each year including Elegant Trogon surveys of five Sky Island mountain ranges, Western Yellow-billed Cuckoo surveys, and the Desert Purple Martin Project. Jennie also enjoys sharing the amazing bird life of Southeast Arizona and amazing work of Tucson Audubon Society and frequently gives presentations and online talks on various subjects.

Holly Merker
Holly has co-authored the forthcoming book Ornitherapy: For Your Body, Mind, and Soul along with Richard Crossley and Sophie Crossley, available early spring 2021. Holly has a background in art therapy, but today employs birds and nature toward the same goals in her work as an environmental educator and birding guide. Holly has worked as a professional birding instructor for National Audubon, the American Birding Association, and many other organizations. Passionate about connecting young people to birds, she co-founded the Frontiers in Ornithology Association, and has facilitated many young birder groups and teen birding camps. Dedicated to bird conservation, she has been state coordinator/reviewer for the Cornell Lab of Ornithology’s eBird Pennsylvania since 2005. In her free time, Holly spends every possible moment practicing Ornitherapy, which she credits helping her defeat breast cancer, restoring her health mentally and physically.

Corina Newsome
Corina is the Community Engagement Manager for Georgia Audubon and a biology Master’s student at Georgia Southern University. Corina, who began in the field of wildlife conservation as a zookeeper, currently conducts research to conserve the MacGillivray’s Seaside Sparrow and connects people with birds across the state of Georgia. Having experienced the hurdles faced by people of color interested in wildlife careers, she has founded several programs to encourage high school students from underrepresented demographics to consider careers in wildlife sciences. Corina’s mission is to center the perspectives and leadership of historically oppressed communities in wildlife conservation, environmental education, and exploration of the natural world.